The Rolls was prominently featured in the movie, which starred Robert Redford as enigmatic aristocrat Jay Gatsby. Following the plot of the novel, Gatsby was a wealthy Roaring Twenties partier looking to win the heart of Daisy Buchanan (played by Mia Farrow), and his car was part of that characterization. 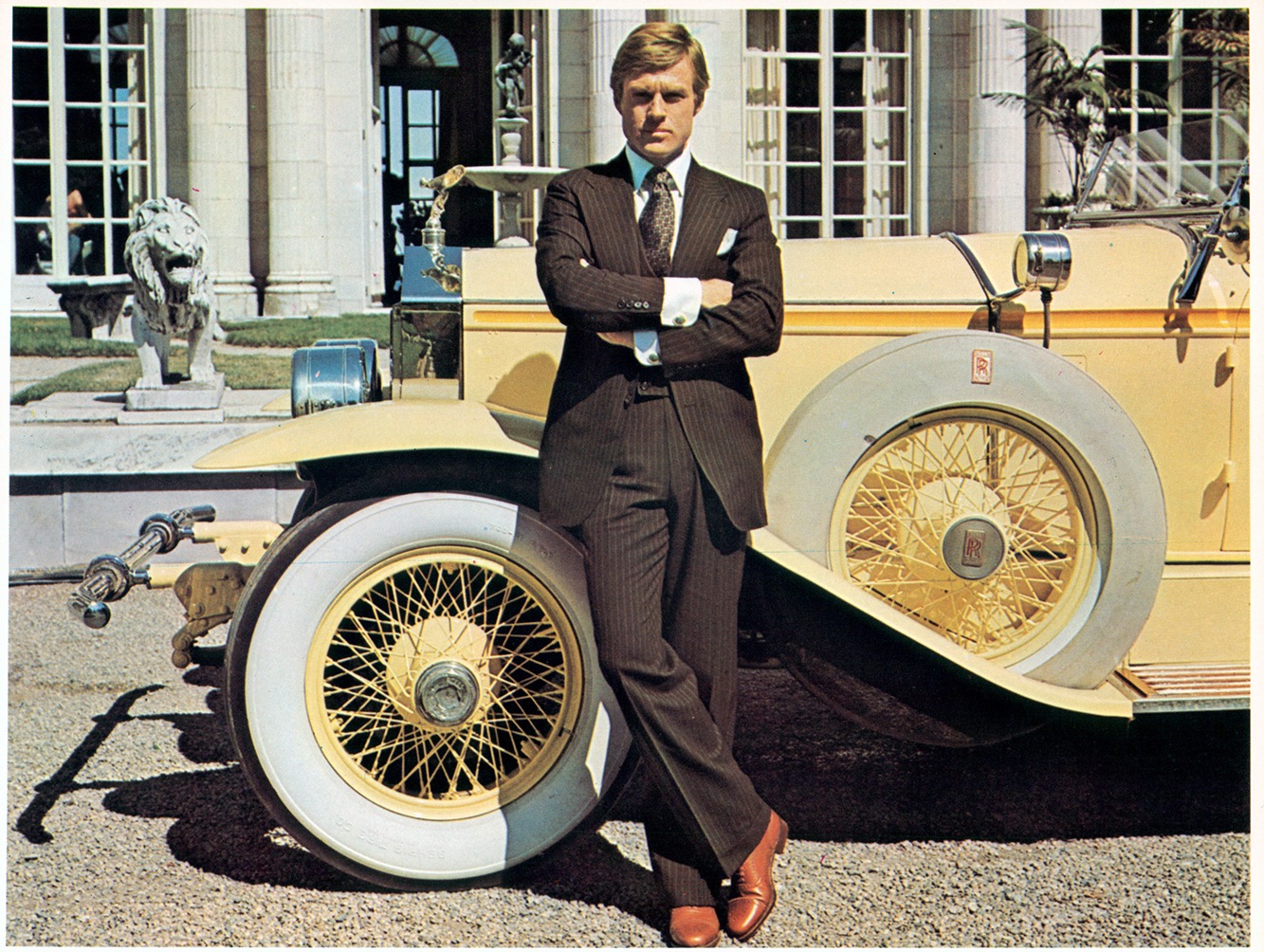 Robert Redford and the 1928 Rolls-Royce from

Fitzgerald made Gatsby a Rolls owner. In the novel, he describes Gatsby’s Rolls as “a rich cream color, bright with nickel, swollen here and there in its monstrous length with triumphant hat-boxes and supper-boxes and tool boxes, and terraced with a labyrinth of windshields that mirrored a dozen suns.”

This car—chassis S304KP—was perhaps chosen for the movie role because it features Dual Cowl Sport Phaeton bodywork from coachbuilder Ascot, with the multiple windshields described in the book. It was repainted and had its interior upholstery dyed green to match the description in the novel. It was also recently given a “no-expense-spared restoration,” according to the auction listing.

As a Phantom I, this car is the ancestor of Rolls’ current flagship. Its inline-6 engine likely seemed impressive in the 1920s, but to maintain its luxury top-dog status, today’s Phantom uses a 6.75-liter twin-turbocharged V-12 producing 563 hp and 664 lb-ft of torque. Coachbuilt bodywork is no longer the norm, aside from occasional special editions like the trio of Boat Tail convertibles.

No pre-auction estimate was published, but a movie connection can often elevate the price of a car. The 1949 Buick Roadmaster convertible from “Rain Man” sold for $335,000 earlier this year, and the “Wayne’s World” 1976 AMC Pacer netted $71,500 at auction. As a prewar Rolls, the “Gatsby” car would likely attract some attention at an auction by itself, so it could generate a large sum.

K-State games to be broadcast in Spanish

Amy Douglas Visits Fox 43 AM Live With Her Therapy …

Washburn Rural’s Cruz Perez is defying odds as a …

The brightest Jupiter will be for 107 years

Inmates have found a new way to get drugs into correction …

K-State games to be broadcast in Spanish

Inmates find new ways to get drugs into facilities