TOPEKA, Kan. (KSNT) – A Topeka man started teaching in Wuhan China this past fall. Over his winter break, Wesley Duncan decided to leave his Wuhan apartment and take a tour of Asia.

While he was on his trip, he received a notification that his flight back to Wuhan was canceled because of the travel ban. Duncan decided to come back to Topeka and hasn’t been able to go back to his apartment in Wuhan since.

“I think I’m extremely lucky,” said Duncan. “I got out of there in the nick of time I really did. I left before there was even a death.”

Duncan has been in contact with his students and says most of them are in good health. He plans to stay in Topeka until he can go back to Wuhan.

The executive order was issued Tuesday after Gov. Kelly said multiple coronavirus cases in Kansas are tied to religious gatherings.

TOPEKA, Kan. (KSNT) - Capitol Federal has teamed up with the group Community Action to help people with financial issues during the coronavirus crisis.

To allow the workers for Community Action to advise people, Capitol Federal is allowing their building at 2915 SW Wanamaker for them to use. People who are looking for financial help can use the drive through at the building and talk to a worker from the safety of their own car. 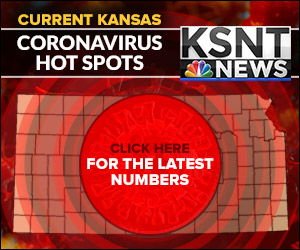